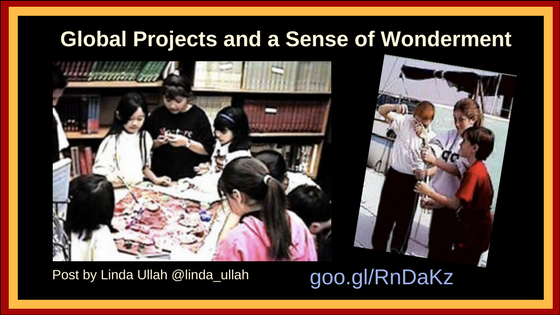 My Experience to Wonder and Be Curious

Throughout my long career as an educator, I experienced several swings of the pendulum–several “reforms.”  Teaching, for me, has been a long process of learning. I’ve been fortunate to work with outstanding educators who really care about their learners. It is that caring that is the key to empowering learners to wonder, to be curious, to be excited about learning. 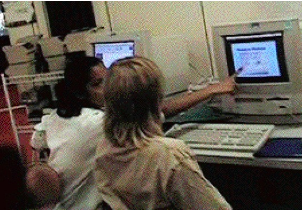 In the 1990s, while teaching at Edenvale School in the Oak Grove School District in San Jose, CA, my learners became interested in local history when the school was celebrating its 25th anniversary. Encouraged by my principal, Meril Smith, I wrote an Apple grant and got 8 networked computers, some software and a dial up AOL connection. The grant was based on our local history project which my learners entitled The Great Edenvale Detective Caper. This was my foray into project-based learning and into personalizing learning, although, at the time I was unaware of these pedagogies. I blundered my way into them instinctively because it seemed like the right thing to do. I still remember standing in the middle of my classroom watching every learner fully engaged in the project and not needing my help.  The project morphed and continued over the next three years. 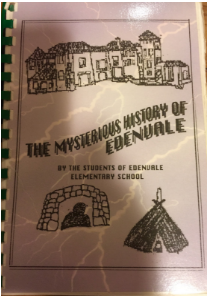 During that time my learners, and other learners at the school, wrote, self-published and sold a book entitled The Mysterious History of Edenvale, Proceeds from the book were donated to the Adopt-a College program to help provide college scholarships for former Edenvale learners. Edenvale learners also wrote and performed in a local history play named “Edenvale 95111”, created a school-wide, local history day with games and activities for each period of history, designed and painted a local history mural on campus, worked with East Los Streetcapers to help design a piece of street art near downtown San Jose, and created a local history museum on campus. The project took on a life of its own because the learners were in charge of it. On occasion, I still hear from my former learners wanting to know if I still have copies of the book that they might borrow or purchase. I’ve managed now to save just one copy for myself. 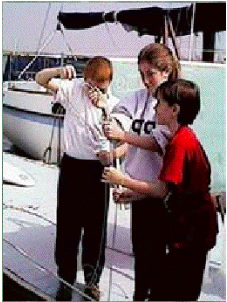 As Edenvale school became networked, more opportunities for my learners to work with others presented themselves.  I joined some National Geographic Network science projects during which my learners worked with research scientists and learners from other schools around the U.S. and the world to do real scientific research on acid rain, recycling, water pollution.  This led my learners to become more interested in pollution, and I was fortunate to be selected and trained in Global Project Based Learning in Qiryat Shemona, Israel along with teachers from several other countries.  I was partnered with a high school in Sao Paulo, Brazil and my elementary school learners worked with high school learners on a cross-curricular project centered around water-pollution. My learners and I also participated in several Jason Project projects working with scientists and learners from around the world doing research on volcanoes, coral reefs, rainforests, etc. During this time I noticed that the more I allowed my learners to control what they wanted to learn about and how they wanted to learn it, the more excited and engaged they were. 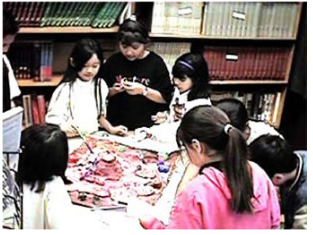 In 1995, I took a part time position as a technology learning coordinator in my district for the Challenge 2000 Multimedia Project–a federal technology challenge grant through Joint Venture Silicon Valley involving schools in Santa Clara and San Mateo Counties.  I remained in the classroom part time.  As a group of educators, the TLCs (technology learning coordinators) under the direction of Michael Simkins became a powerful professional learning community as we learned from each other about project based learning, collaboration, and coaching. My learners worked with learners at Frost Elementary School and the Live from Mars Project to create shoe factories (their choice) for a Mars Colony. The following year, my learners chose to create the Mars Virtual Olympics. The teachers I coached began to do collaborative projects with other classes and schools as well.  My passion for connecting classrooms around the world began to grow.

Three Questions for Educators to Wonder

Globally literate people have an understanding of diversity, culture and language that allow them to live and work in peace with each other. We live in a culturally, racially, religiously and linguistically diverse world full of wonderful opportunities. Giving our learners the chance to work with learners who live in other cultures can only strengthen global understanding and hopefully promote world peace. In our global economy it is critical that our learners develop an inherent respect for the many cultures, races, religions and languages of the world.

The rationale behind global project-based learning is to give learners the opportunity to become aware of and appreciate each other’s cultures, languages, and religions so that they will develop positive working relationships around a common goal and develop an empathy for peoples from other parts of the world. Ultimately this multicultural understanding and empathy will promote a healthier environment, better living conditions for all, and worldwide peaceful relationships. Peace and prosperity in the 21st Century depend on increasing the capacity of people to think and work on a global and multicultural basis. As technology opens borders, educational and professional exchange opens minds. (Institute of International Education)

The first question I get from teachers is: “…but I have standards to “cover” before the “tests”.  This is followed by the statement: “ I have to assure my learners show …x… on the state tests.”  Since I view teaching and learning in an era of “accountability” as a subversive activity, my reply is paying homage to standards and standardized test does not mean you have to sacrifice real learning. Real learning happens when learners are empowered, excited and engaged. It is that sense of wonderment that Postman and Weingartner discussed.

Global projects you can join:

Find a friend or family member who is traveling and have them blog their trip for your classroom and/or take a Flat Stanley along with them. For example, in 2006 Flat Stanley went with me to Singapore and Bangladesh for a friend’s classroom.

Finally, look for a colleague or friend who teachings in another school, another state, another country and begin to plan a project that connects both of your classrooms.  My eCoach is an excellent collaborative planning tool.

Former President Jimmy Carter once said, “We become not a melting pot but a beautiful mosaic. Different people, different beliefs, different yearnings, different hopes, different dreams.”  One of the best gifts we can give our learners is to help them, through their interests, develop wonderment about the world and the people who live in it. 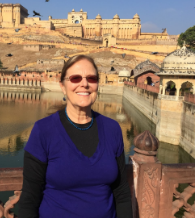 Linda Ullah has a M.Ed in Special Education and a M.A. in Instructional Technology. She is an online instructor for the Krause Center for Innovation at Foothill College.  She has been an elementary classroom, special ed, Title 1 and GATE teacher, a technology learning coordinator, teacher in residence at the Krause Center for Innovation , a school development coach for the New Tech Network, a coach for the Friday Institute at NC State University, and a coach for Personalize Learning, LLC.