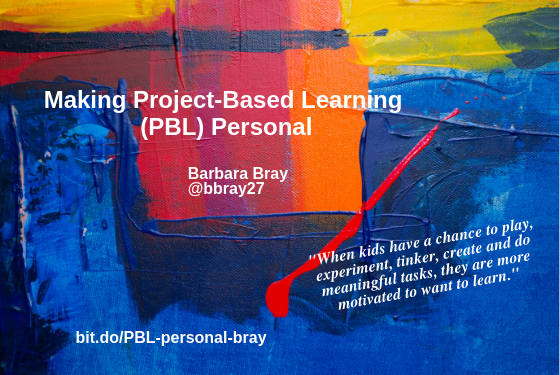 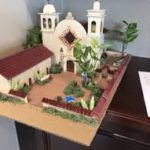 I saw this when my children were in fourth grade and brought home directions to make replicas of California missions. As a family project, we went to visit their assigned missions, took pictures, and learned about the mission. We worked together to make little replicas that looked just like the missions they were assigned.

Now I look back and ask, “what were our children learning?” The teachers were teaching the same project every year with the same directions to every child in the fourth grade. On top of that, one teacher called these projects a PBL. Instead of objecting, I shared a chart with the teacher similar to this one. In many California schools, teachers are still mandated to do this project.

There has been a push by the California Department of Education to scrap the Mission project according to the article by Diana Lambert in The Sacramento Bee: 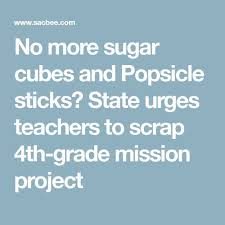 Put away the Popsicle sticks, glue and sugar cubes. The fourth-grade mission project, a rite of passage for elementary students for decades, may be on its way out. California’s new history and social science framework, passed by the state Board of Education last year, recommends against the longtime tradition of building miniature replicas of the state’s Spanish colonial missions, calling it insensitive. Thousands of Native Americans died from introduced diseases and were forced to labor at the missions, it notes.

The new framework increases the emphasis on inquiry and literacy in history and social science classrooms and teaching students about the impact of the missions on the state’s people and its natural environment. Teaching and learning about the missions can change through a PBL that is more personal and using the standards:

4.2 Students describe the social, political, cultural, and economic life and interactions among people of California from the pre-Columbian societies to the Spanish mission and Mexican rancho periods.

4.2.5 Describe the daily lives of the people, native and nonnative, who occupied the presidios, missions, ranchos, and pueblos.

Instead of the traditional mission project, the new framework suggests alternative lessons for fourth-graders. [Source: UC Davis 2017] They include inquiry-based activities that are designed to help students investigate the past by examining primary sources — documents and other artifacts from the period itself. To make this unit personal and relevant for students, we can have students consider different perspectives using the driving question:

“What was the impact that mission life had on Native Americans?”

Unfortunately, there are very few sources from the Native American perspective to corroborate or contradict European accounts. Have students review the primary sources included in this document [Source: UC Davis pdf, 2017]. Each student in the group can refer to different perspectives in different roles as native Californians, missionaries, or settlers using the questions.

Project-based learning engages learners in authentic learning activities around real-world problems. Having students take on different perspectives through historical roles empowers voice and choice and builds empathy and curiosity about the people of that time. To make this project more relevant for today’s students, you can ask them to follow up this activity by putting themselves in the future 100 years from now. They can look back and create a project about what they saw as school then from different perspectives (i.e. teacher, student, parent).

A possible question for students imagining the future 100 years from now could be “How did school 100 years ago prepare me for today and my future?”

When students are encouraged to ask questions and have a voice about something they are interested in, then that is more personal for them than traditional direct instruction. When they can choose the best person for a role as part of the PBL based on their strengths, they build skills and competencies that help them grow. When kids have a chance to play, experiment, tinker, create and do meaningful tasks, they are more motivated to want to learn. If the students have voice and choice about the topic, roles, and direction of a project, you will see more ownership of the process and project-based learning that is more personal.

Want to learn more about ownership, go to the post on the Development of Ownership: From Compliance to Autonomy. 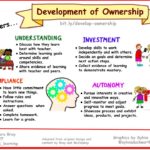