BYOL means Bring Your Own Laptop. I know I know – acronyms – Why? I’m trying to make a point here. If you have enough resources for each child (BYOL), then you can grow professional learning communities (PLC) with all learners. When you have these communities sprouting up around your district, you build communities of practice (CoP).

Forest Hills Local Schools in Cincinatti, OH launched their laptop program in January 2011. They focused on all 7th grade students who would bring their own computers to school or use the school’s laptops. They decided to start with a pilot program to gather data and learn what works and what didn’t work before they expanded to more grade levels across the district. 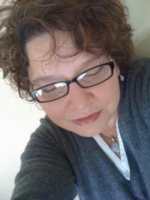 I’ve known Cary Harrod (caryharrod@foresthills.edu), the Instructional Technology Specialist, for many years and knew how persistent she was to get a program like this off the ground. I remember her saying to me several years ago, “it’s all about the kids” and “how do we make change when there aren’t enough resources?”

So after I heard that Forest Hills piloted a BYOL project, I interviewed Cary last week. She shared with me how the district proposed a 1:1, where the district would purchase laptops for all students but that it was cost prohibitive for a district of 7,800 students with 6 elementary schools, 1 middle school, and 2 high schools. Two years later (April 2010), they wanted the tech team to come up with something different and we decided to go BYOL. The school board and administration supported it and the technology leads researched existing 1:1 programs. They wanted to focus on digital learning that supports student-centered learning pedagogy. 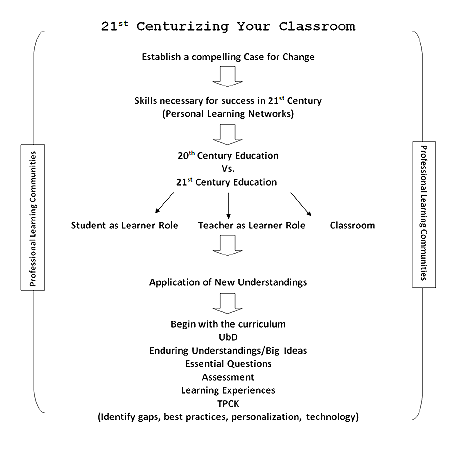 A critical piece was designing a professional development plan that incorporated 21st century learning. They agreed on the importance of personal learning as the first step towards understanding the shifts occurring in education. They wanted to create a “hothouse” where great ideas begin, new methods of learning are shared and communities are rooted.

The district, school board, and the 7th grade administrator, Natasha Adams, developed a partnership with teachers, students, and parents to bring everyone on board. Only a small percentage were resistant. In November 2010, the district has a showcase of projects where teachers set up booths and invited parents. They also set up

Conversations
About
My
Personal
Learning

along with conference style tool workshops after school and on Saturdays. For all families that were included in the BYOL program, there was a mandatory session on the Nuts and Bolts of laptop maintenance and safety. Over 1,000 people attended all of the sessions.

While the professional development began with conversations about the tools, they quickly
began talking about what this will look like in the classroom.

The principal required all teachers to develop their PLN (Personal Learning Network) and read and discussed Tribes by Seth Godin. 40 teachers went through the Partnership for Powerful Learning. 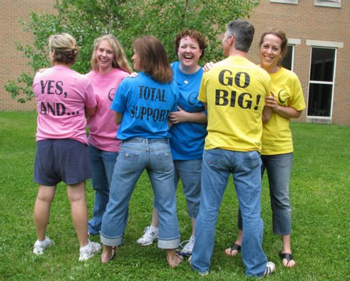 The pilot started with 7th grade with 559 students, 353 brought in a device. There were already 160 laptops available to lend and the rest of the parents provided their children laptops. Now that every 7th grader had a laptop, support at home, and the teachers were ready, they focused on lesson design.

Students used their devices in all subject areas and utilized the many tools available to access, manage and organize information; connect with other students and experts; and create multi-media projects.

Due to the success of the project, the program has expanded, allowing all eighth graders to bring in their own devices. Currently, over 580 students are bringing in their own device. Further expansion will occur in the 2012-2013 school year, when the program moves to grades 9-12 with a possible expansion to the elementary grades in subsequent years.