Home » Change » Your Brain on Learning 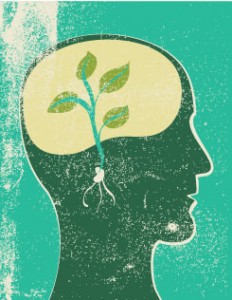 Intelligence is forming and developing throughout our lives. The concept is called neuroplasticity, a theory that was developed in the mid-1800s and researched in the 1990s. Kurt Fischer, education professor and director of the Mind, Brain, and Education Program at Harvard University explains “The brain is remarkably plastic. Even in middle or old age, it’s still adapting very actively to its environment.” Sara Bernard supports this in her article for Edutopia Neuroplasticity: Learning Physically Changes the Brain “All those little brains in your classroom are physically growing and changing every time they learn something. And there are ways to keep that happening.”

Cells that fire together, wire together
Neuroplasticity means that if you perform a task or recall some information, that causes different neurons to fire in concert. It strengthens the connections between those cells. Researcher and middle school teacher Judy Willis, in this same article, wrote that she saw that her students were more motivated when they knew that they were all fully physically capable of building knowledge and changing their brains. She provided a few tips to create a learning environment that encourages students to learn:

Brain remodels itself on experiences

Use it or Lose it

A 1998 landmark study found that the human brain had the ability to develop new brain cells. This research challenged the prevailing theory that the human brain was a rigid system with no ability to generate new brain cells. Neurologist Arne May and colleagues at the University of Regensburg asked 12 people in their early 20s to learn a classic three-ball juggling trick over three months until they could sustain a performance for at least a minute. Another 12 were in a ‘control’ group who were not asked to learn how to juggle.

The jugglers showed a significant increase of gray matter in brain area V5 that is an area implicated in the processing of visual movement. In order to investigate what happens when newly acquired skills are allowed to stagnate, the participants were asked not to practice their juggling skills and were scanned for a third time after another three-month period. The amount of gray matter in V5 had reduced, supporting the idea that the brain operates in a use-it-or-lose-it fashion.

Draganski and colleagues showed that extensive learning of abstract information can also trigger some plastic changes in the brain. They imaged the brains of German medical students three months before their medical exam and right after the exam and compared them to brains of students who were not studying for the exam at this time. Medical students’ brains showed learning-induced changes in regions of the parietal cortex as well as in the posterior hippocampus. These regions of the brains are known to be involved in memory retrieval and learning.

Dr. Doidge wrote “The Brain that Changes Itself” and that all of us can rewire our brains. Main ideas he writes about include:

Neuroplasticity, School, and Learning
The idea that brains are plastic and can change means that students can drive their own learning. If students are passionate about learning something like how to play a guitar and then are given the freedom to experiment, practice, get feedback from others, play, take risks, practice some more, they will want to learn. They will want to learn. The learning environment plays a large role. Schools today assume everyone in the classroom learns at the same time and at the same rate. If we take the idea that brains can change and students all come into a class at different levels, then it is important to change the learning environment to encourage experimentation, risk-taking, and learning from each other.

I am looking for research on neuroplasticity with school children similar to the other research studies. How are they learning? What is happening to their brains on CT scans? Has anyone done this?

3 Responses to Your Brain on Learning