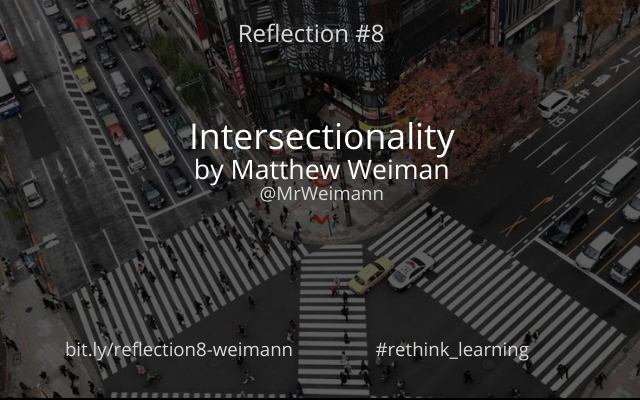 An idea popped into my head about a year ago that symbolized my realization of privilege. In the spring I wrote a blog that I published in The Captain of Class, titled “Green Lights.” It is about a white guy–I don’t say he’s white in the allegory–who drives straight through the heart of a city, rather than taking the highway that would typically allow him to bypass all of the downtown traffic. In my make-believe story, I propose the reason being he has to buy something at a specific store; One only located in the middle of the city.

The point of the tiny tale is to illustrate the unconscious privilege people experience. Through it, I was exploring the unveiling awareness of my own privilege. In the story, this white guy curiously does not have to stop at even one red light, his whole way through the city. Strangely, he doesn’t even have to wait in line when he goes to make his purchase at the in-town store! By the end of his fascinating journey through town, the ease of his travels strikes him as an interesting peculiarity, but little more. He simply thinks of it as a lucky drive.

In my story, I mention a few goings-on along the periphery of this driver’s travels. There is an accident that barely tempts his attention. Another vehicle is broken down. A jaywalker gets arrested. These occurrences hardly cause the hero to lessen acceleration.

At the very end, though, I revisit the intersections where, unbeknownst to the white guy driving straight down the middle of an empty avenue with nothing but green lights, there had been an unimaginable tragedy. People had been waiting so long they had starved to death. Untreated medical conditions caused others to perish from lack of treatment. There were individuals who thought that the traffic light would change at any moment for one too many moments, and their vehicles ran out of gas, causing even more problems for everyone behind them when the light did finally change!

The people at these side streets are the people for whom the term “intersectionality” applies. Why are they there? Each individual stuck on the side street has his or her own purpose for needing to cross the “Green-Lit” avenue. Many of these reasons intersect. Perhaps there is a hospital on the other side of the street. An elderly woman might be going to visit her husband who is recovering from heart surgery, while a couple is rushing a woman in labor to deliver their first baby into the world. Maybe someone else is on their way to the hospital to be tested for COVID-19.

If there were a vehicle several cars back from the intersection whose sole passenger was a man who had experienced a serious cut on his leg, this man would have many obstacles between himself and the hospital. First of all, his leg is too hurt for him to get out of the car and walk the relatively short distance to the hospital. If he were to travel by foot, people might mistake him for a dangerous individual, seeing his severe limp and assuming it was due to something malevolent. Let’s say he was left alone or at least unhindered, once he got to the intersection, he would be facing both physical and legal harm. There would be fast-moving vehicles to dodge. Since they were taking advantage of the endless stream of green lights, they’d be moving at a nice clip. If there were a break in the traffic, our injured individual would have to chance to cross when a “Do Not Walk” sign was beaming down on him. He could be arrested for jaywalking, even though he was on a crosswalk!

This video, albeit made to discredit intersectionality, was the most enlightening to me on why it is so very necessary to have these conversations. As I watched, the graphics explained that intersectionality is the coming together of minority groups in order to confront the majority, in essence, White supremacy. This message was meant to sow fear in the minds of White people. The minorities are joining forces and supporting one another. They will be powerful enough to stand up to our oppression if we don’t do something about it!

The video instilled fear and hate about marginalized people.

Back to “Green Lights,” but with a twist

I pictured this idea of intersectionality playing out in my story about Green Lights. The guy driving comfortably through the middle of the city, never needing to slow down, suddenly has to slam on his brakes. There were people in the street!

Pedestrians, passengers, and drivers stuck at a seemingly endless red light had noticed a man hobbling toward the intersection. What was he doing? they wondered. He would get himself killed if he tried crossing that busy thoroughfare. Best to wait for the light to turn. Get in line with the rest of us.

Someone rolled down their window to ask the guy, “Hey, where are you going?”

“I cut my leg,” the limping man exclaimed. “I must get to the hospital.”

“You are going to get yourself killed, crossing that intersection!”

“I am afraid I might die waiting.” And, at this several onlookers and over-hearers noticed blood trailing the gentleman. Several people leaped from their cars to help the man. Other people conversed about the fact that the light had been red for far too long. Looking behind them and seeing the long line of piled up vehicles, they imagine that there might be a problem with the traffic signals.

The small crowd attending to the man with the hurt leg petition other persons to help. Come to find out, they were all on their way to the hospital! Some crafty individuals construct a stretcher for the man who seems ready to faint. Others put together posters, signaling to traffic that the lights are broken. Everyone exits their stopped vehicles and pours into the intersection, a tsunami of human need; A need for aid; A need to get help at the hospital; A need to cross the street.

Now, the car driver, who had known nothing but empty road found his avenue filling up. And, what’s this? People on foot!

They are holding signs.

They are holding hands.

They are holding up a stretcher.

They are holding up a man.

People sitting at the red lights of other intersections witness the wave of pedestrians filling the avenue. Some venture to find out what is happening.

They meet in the middle of the street; In the intersection; where trails crisscross.

They say hello to one another.

They hear that people on the opposite side of the road had been stuck at red lights for a very long time, just like themselves.

The people in the middle of the intersection hear a car horn. They stop sharing. Everyone turns and looks at the driver who is assaulting ears with a prolonged harangue of horn blasting.

He sees hundreds of eyes staring at him.

There are thousands more behind these. The street is full of them.

The driver unlocks his door.

He gets out of his vehicle.

He walks over to the crowd forming in the middle of the street to find out what’s happening.

Someone explains the predicament.

Others validate the story.

The driver who had only known green lights; who had been making good time getting home; who had never had a medical emergency in his life; who barely knew what it was to wait for anything more than a short traffic signal to change; who could make many important decisions and changes at the touch of his phone…

This man turned around…

He saw others like him screeching to a halt up the avenue.

He raises his hands.

“There’s been a problem with the lights!” he shouts. “The traffic signals haven’t been changing.”

How is his message received? Who exits their vehicle to help him spread the news? How many people get on their phones to fix the problem?

How many phoned their friends to complain? Friends, like themselves, who have only known green lights… All of their lives.

How can we help? What can we do? How will you react?

Matt Weimann grew up in New England and then migrated to Pennsylvania 25 years ago to attend college. The last ten of those years has been spent teaching 3rd grade right outside Allentown. Matt prides himself on offering a full educational experience. In addition to innovative multimedia projects, hands-on crafts, and creative writing, Matt teaches his students tai chi and what it means to be classy.

Before teaching, Matt and his wife started and ran their own house painting business. The entrepreneurial skills used to operate his own business can be seen in Matt’s teaching. Over the course of the past couple of years, he has even begun blogging about some of his unique takes on classroom management and pedagogy in https://thecaptainofclass.com/. One of Matt’s mission objectives is to approach commonplace things from a new perspective. 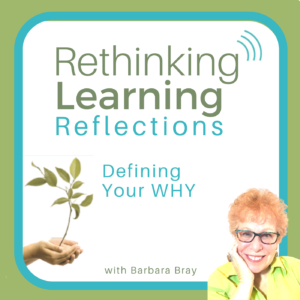