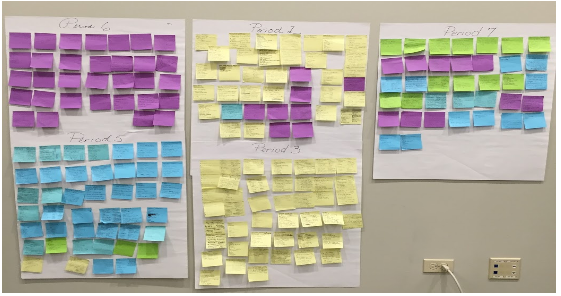 Prior to entering sixth grade, parents fill out a form about their child and feelings about school. Nine times out of ten, the least favorite subject listed is social studies. When I speak to parents at open house, I stress I’m not your typical teacher. There are no textbooks, quizzes, or tests but an environment where we all learn together with respect and trust.

Our final project last year was Global Awareness which lasted from mid-March until the end of May. What the students didn’t realize was that I was leading them along the path from the very beginning. Through the use of inquiry, CNN Daily News, CBS News, YouTube, articles, and numerous other resources, we arrived at the UN2030 Goals. Instead of revealing the goals, I passed out post-it notes and asked students to list issues, be it local or world, they felt would fall into one of the UN2030 categories. Needless to say, they already knew them and realized their significance.

After choosing the issue they felt most strongly about, students formed groups to begin their investigation. One of the questions that continually surfaced was “how can the problem be solved?” We continually discussed and decided bringing awareness would be a good first step. So over the next few weeks we used the design thinking process to develop products which would bring focus to each issue. 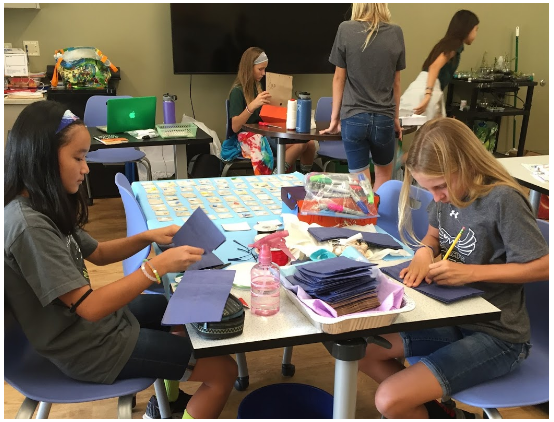 In between the design thinking process and sales so many other things happened. Constructing prototypes, accepting criticism, deciding on a final product, defending the choice during a Shark Tank, earning fifteen dollars to purchase supplies while at Walmart, keeping a balance sheet, investigating an agency to receive profits, and construction and preparing for the final sale.

The sale took place during the middle school lunch period with groups divided up over a five day period so individual groups would have one day to explain their cause and sell what they made to students and teachers. 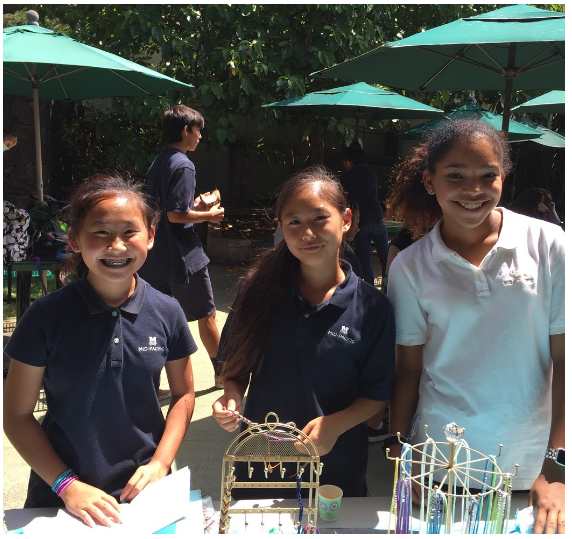 As within every market place, some groups had higher sales than others, but each student was successful in learning about trust, collaboration, and world issues along with how to create and market a product. 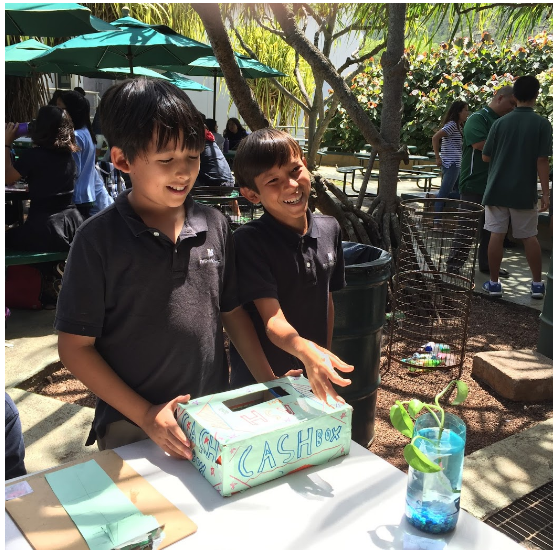 The final counting of money in the cash boxes and making donations to various agencies brought not only a sense of accomplishment but an understanding there is still so much for us to do. 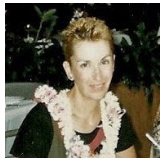 JoAnn Jacobs is a sixth grade social studies teacher at Mid-Pacific in Honolulu, Hawaii. Entering her fortieth year, she looks forward to continually learning with her students and members of her sixth grade team and helping to make the world a better place.

Interested in checking out the Rethinking Learning podcasts and reflections, click on the podcast tab at the top, the logo below, or go to https://barbarabray.net/podcasts/ 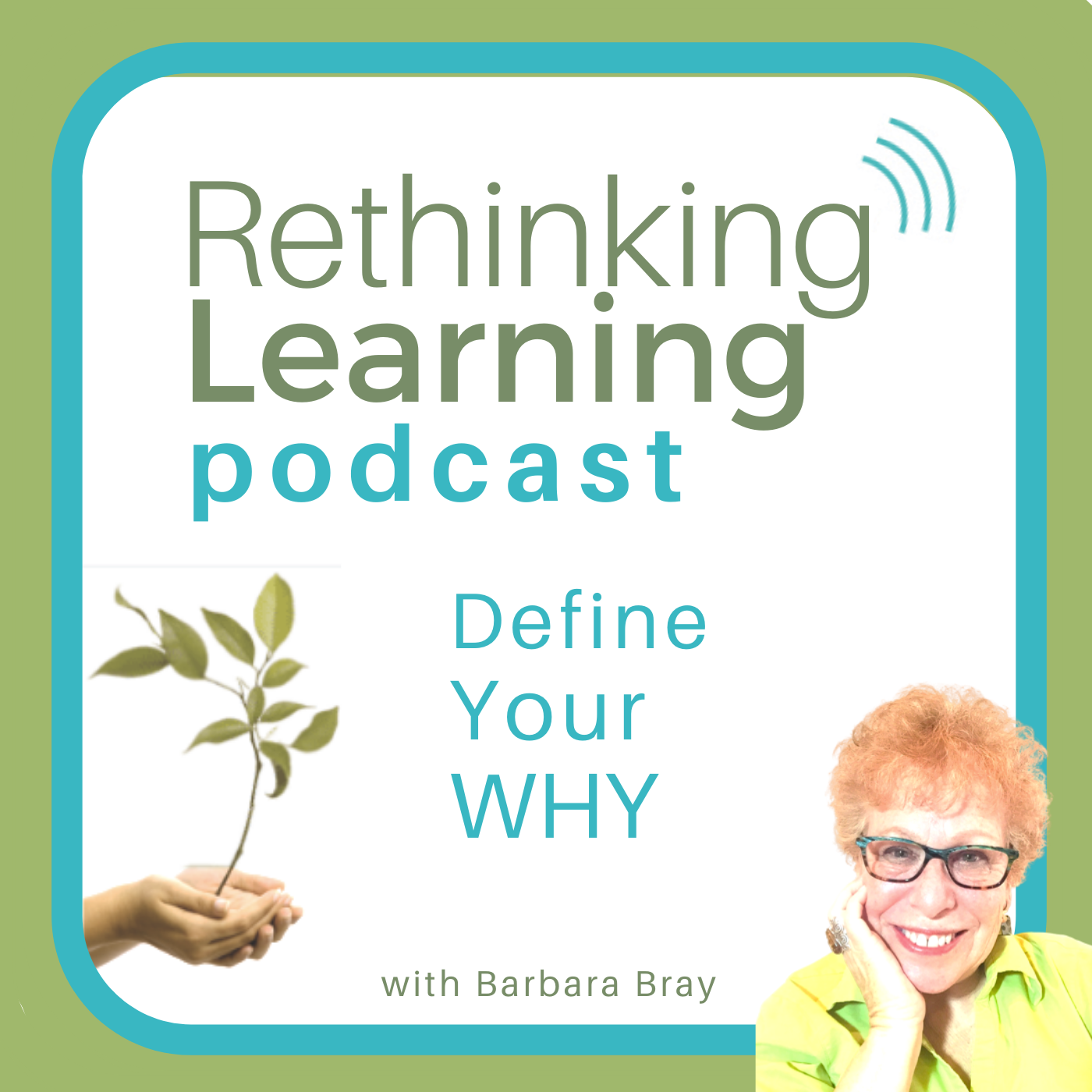 For more information about Barbara’s book, Define Your WHY, go to this page or click on the image of the book for resources, questions, and links. 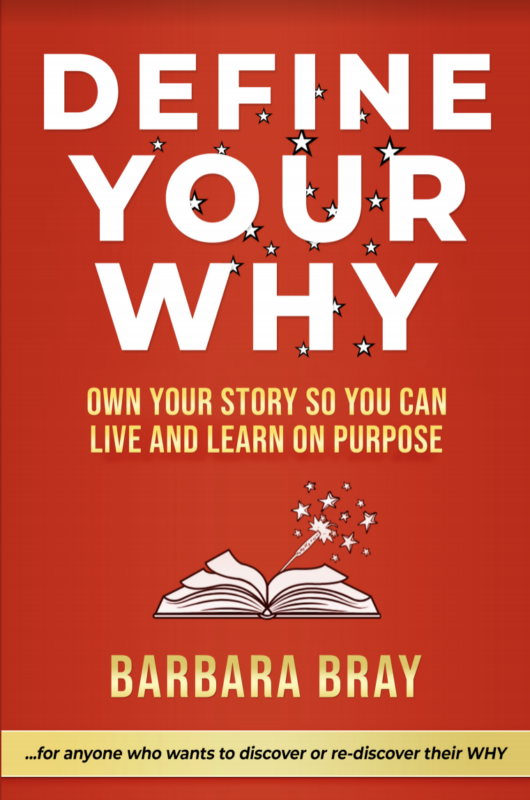 One Response to Following the Path to Global Awareness